BABAGAMMAR – THE PATRON OF DUTAR

The Turkmen land is a patron of the arts of music and singing and home to great nursers.

Babagammar, whose name has been known since the 14th century, is considered to be the first person to make the dutar, the main national musical instrument of the Turkmen people.

Babagammar's name is well known in all cultures of Central Asian countries. In the legends of some peoples he is considered the protector of rain and lightning. In the legends of the Kazakhs and the Kyrgyz he acts as a patron of horses and horsemen, hunter and hunters. His name is also pronounced differently. In Kazakh, for example, he is Zilkyshi Ata Kambar, and in Kyrgyz - Kambarkan. There is also a Kazakh epic called Kambar Batyr. In our nation he is revered as the patron of music, of the creator of musical instruments.

Not for nothing, the area between Gazyklybent and Sultanbent, built in ancient times along the Murgap River, is called the Babagammar ancient plain. Because these places have long been known by the name of the great patron Babagammar. Babagammar's tomb and the cemetery of the same name are considered to be the most sacred places of worship for bakhshis, musicians and other people. 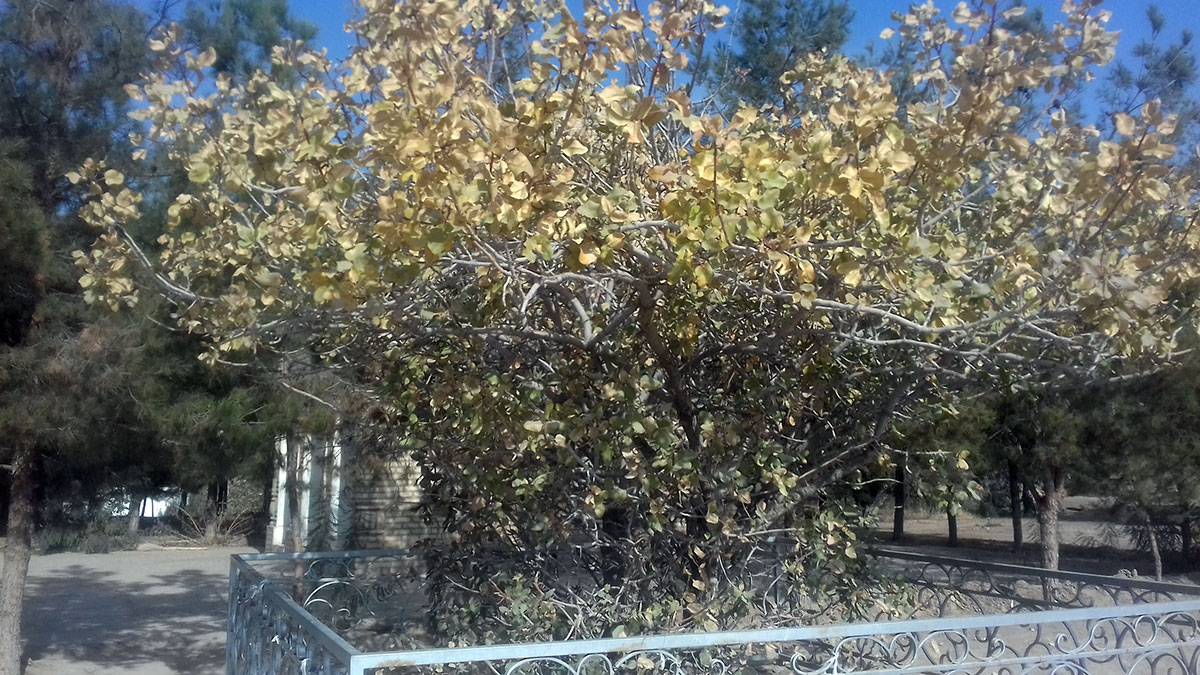 Blessings of mentors are considered not only in the art of music, but also in all professions as the main condition for the success and prosperity of Turkmen culture. Not only dutarists from all over the country, but also bakhshis, composers and musicians from all over the country come to the tomb of the dutar patron. Especially in the spring, in the days of pilgrimage to the famous bakhshi-musicians of the country, very young talents are gathered. They take turns demonstrating their abilities to mentors, seeing each other's abilities and achievements. On the other hand, mentors are consulted there and give some of their blessings for training on behalf of Babagammar. Here the blessing of the dutar in the presence of the patron is considered a special degree of honor and dignity for the bakhshi musicians.

Children who are just entering the music world come here with their parents and hope for the blessing of Gammarbaba. Famous mentors in this art also come from time to time and pray to the great mentor. They are convinced that after that they will be filled with inspiration.

Due to the increase in the number of pilgrims and tourists coming here, and the number of people giving alms in memory of the great patron, as well as a sign of respect for asylum seekers, in 1990, the Babagammar Mosque and the house of donations were built here.

Near the tomb of Babagammar, the magic tree “Dutar agajy” (tree of dutar) grows there, symbolizing the sacredness of this place. According to legend, the amazing tree that grew out of the wreckage of the dutar, which was made by the patron, is considered sacred here. It is also known among the locals as the "dutar peg." The shoots and branches of this tree, which are nowhere to be found, are considered to be the same as the peg, stretching the strings of the dutar.

A TELEPHONE CONVERSATION WAS HELD BETWEEN THE PRESIDENT OF TURKMENISTA...

PRODUCTION OF THE NEW ENVIRONMENT FRIENDLY GASOLINE STARTED IN TURKMEN...

A CONFERENCE DEDICATED TO THE PUBLICATION OF SIGNIFICANT BOOKS WAS HEL...

THE VISIT OF THE GOVERNMENT DELEGATION OF TURKMENISTAN TO UZBEKISTAN